A Project With Shadows of Doubt 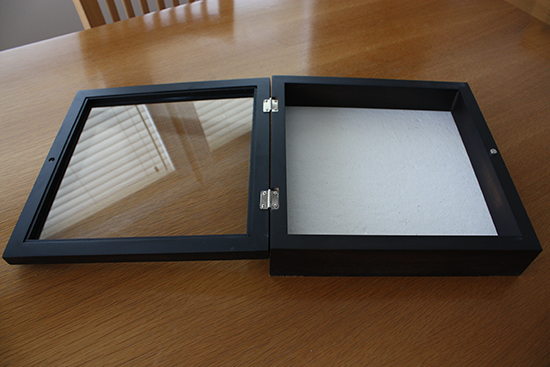 Well, I had this great idea to feature a uniquely crafted work of art in a shadow box…

You see, my Mr. plays the flute. And he has a little collection of cool flutes, including this handmade pottery one from South America. 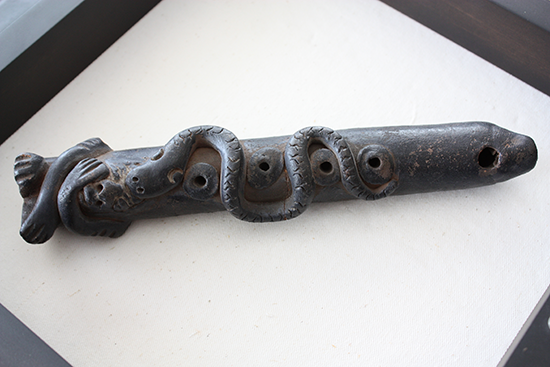 Now I’m not a snake lover at all, but I really do like this earthy, ancient feeling hand-made flute. So I insisted on displaying it… that is until one day it got bumped over and broke in half. I felt just awful.

So now, here’s the forever flaw we live with as a result. 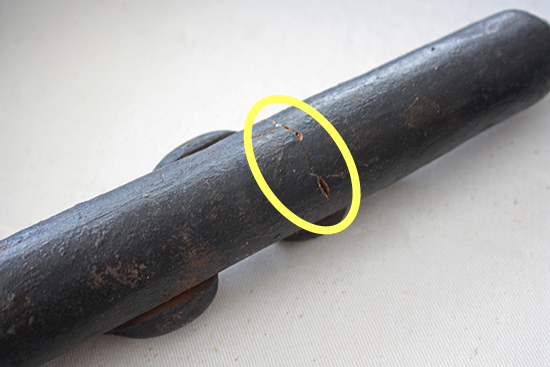 The flute has been Crazy Glued back together. If there is any ‘luck’ in this story, then luckily it broke in half without a million little fragments breaking off too, and so the mend went well.

But as a result I got this idea to showcase the flute in a shadow box. That way we could continue to display it and enjoy it, while also protecting it from another unfortunate incident.

I thought the flute would look good on an angle. 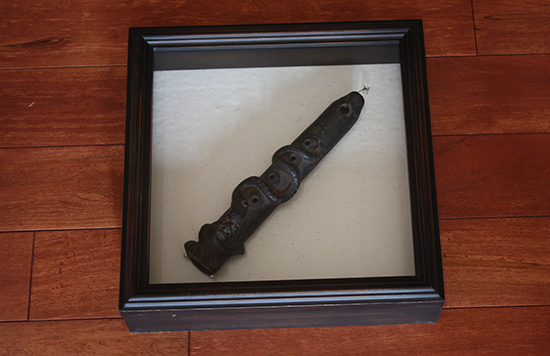 But once the flute was secured into place, I wasn’t loving the way it looked so much. I tried to give it some context by quickly setting it up in a few different spots.

I layered it in front of this mirror over our fireplace… 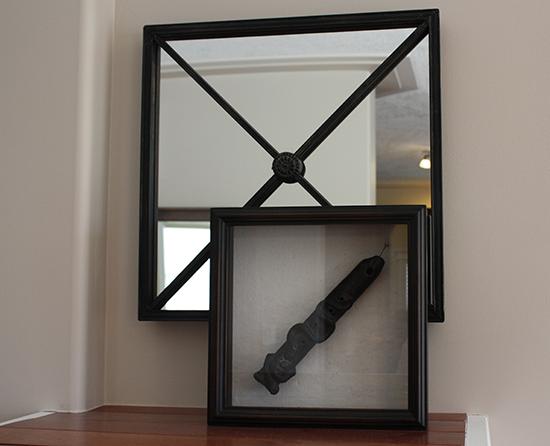 As a vignette it would need more, but this gave me the basic idea. I’m not feeling super sold on this placement. 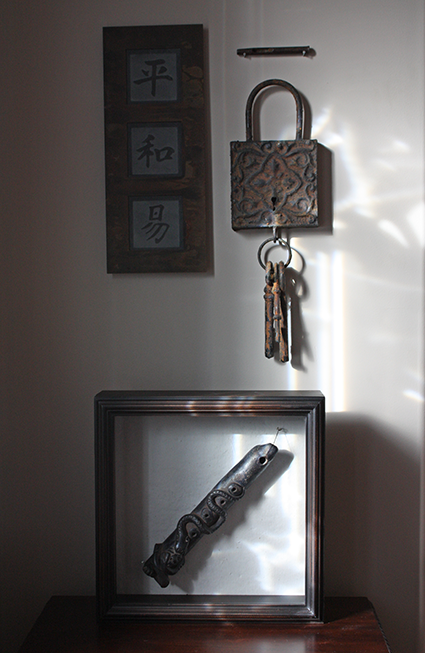 I would mount the shadow box on the wall rather than sit it on the table, but I’m still not loving the angle of the flute.

Then I tried this little set-up. 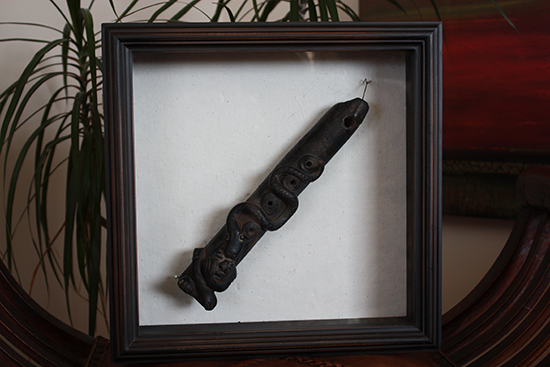 And, still not loving it.

My conclusion is the flute displayed on this angle is just wrong. It has a base for a reason, and I’m thinking it needs to stand upright in honour of that. But then I’m thinking the shadow box needs something more, because when the flute is standing upright, there’s just way too much white space. I’m kind of at a loss. This is where you come in.

Do you have any ideas for me? I’d honestly love your feedback!

9 thoughts on “A Project With Shadows of Doubt”