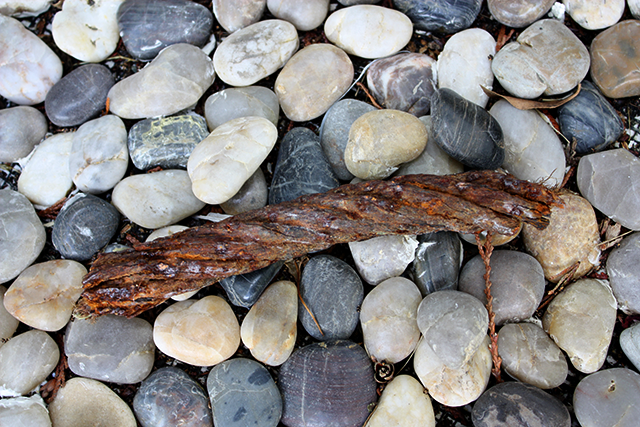 A while back I was out having some fun beachcombing and came across this rusty piece of cable.

Since the office I share with my hubby has a bit of a beach theme to it, I wondered what I could do with this cable to incorporate it into the office?

So the cable came home with me, and was set on the windowsill to dry. As it dried I could see the rust flaking off, so knew I had to do ‘something’ to display it. My fear was if I left it loose on the shelf, or integrated it into a vignette of sorts, the rust would just continue to flake off with every bump or movement, and stain whatever it touched.

I decided a shadow box might be a great way to feature it, but I just had to find one that was deep enough. And after some looking, here is what Home Sense had to offer – it was the only one this deep, and the last one left. The top was showing some wear and tear, but nothing a little touch-up wouldn’t fix. 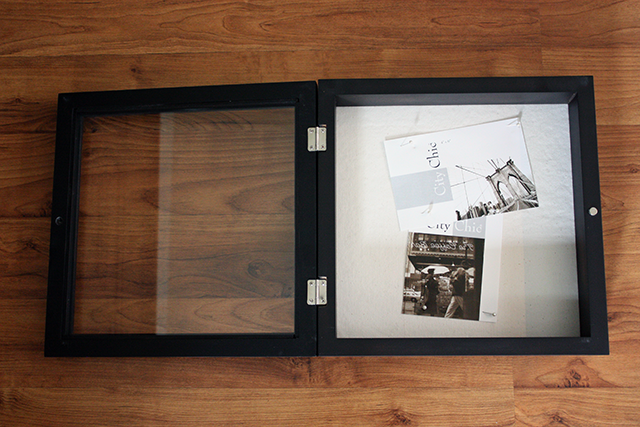 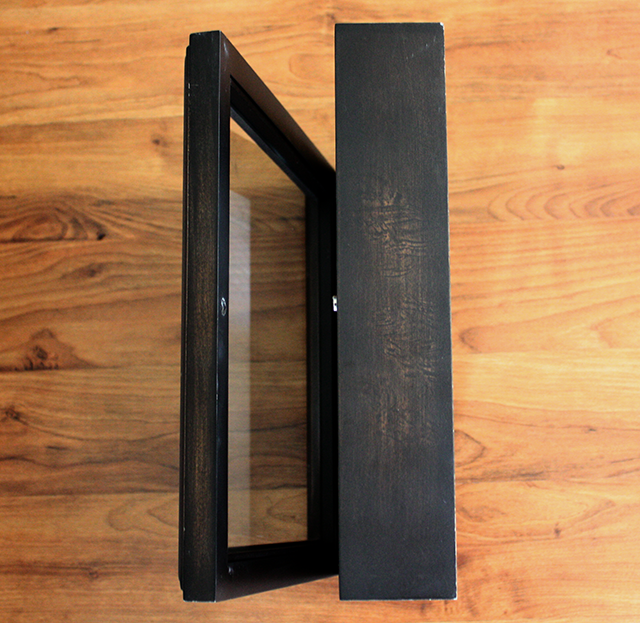 Now to figure out ‘how’ I was going to display the cable in the shadow box. I had lots of ideas. One thought was to re-cover the white fabric in plain burlap, just to give it a more authentic look, then mount the cable on an angle somehow. I also thought the burlap might help disguise the inevitable rubbing off of the rust colour from the cable.

As the cable sat on the windowsill and I continued to brainstorm ideas, a month passed by. There were lots of things happening in the last month, and this project was one that I was looking forward to getting back to. 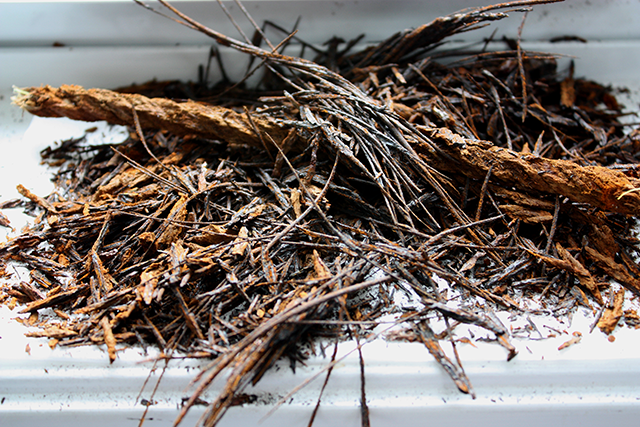 Can you see the original cable in there somewhere?

Imagine my surprise when my hubby asked me what happened, and this is what greeted me! I had no idea my beachcombed treasure had exploded into this pile of debris. It looks kind of cool, a bit like a bird’s nest… but only if you aren’t the one cleaning up the rusty mess, or the one who had their heart set on a project with the cable intact 🙁

We have no idea how this happened, but suspect the heat from the sun shining through the window, and onto the cable had something to do with it. Any scientific hypothesis out there?

So now I’m left with this… 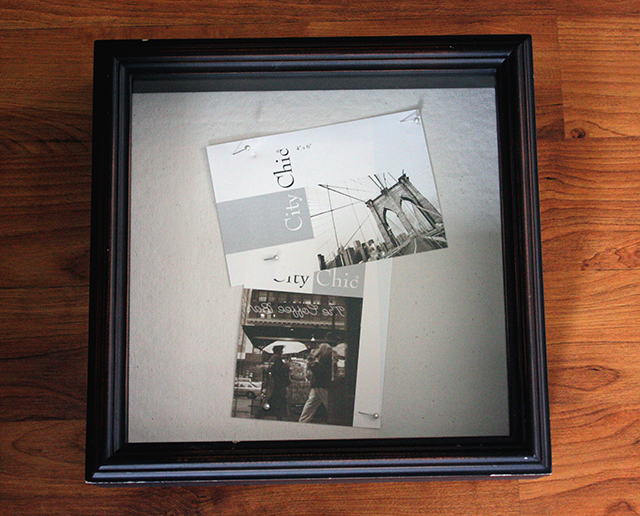 An empty shadow box devoid of its intended show piece! I’m not sure what I’m going to put in it now. I have some ideas, like maybe the before and after pictures of the rusty cable… or not. What do you think? What would you do? Any ideas to replace this one?

I have learned that projects shouldn’t be put on hold for too long, but maybe in this case it’s better the cable exploded on the windowsill rather than in the shadow box!

If you want a remarkable space that tells your story, contact me to see how we can help!

Roped in by this Vignette

Function as a Feature

Take Your Coat Off and Stay A While

Did you enjoy this post? Click here to read more. Don’t want to miss a post? Be sure to subscribe to my RSS Feed. I’m also on Facebook , Twitter, and LinkedIn. Would love to see you there! Thank you for spending this time with me 🙂 And please don’t hesitate to leave a comment… it’s nice to know what you think.

2 thoughts on “An Explosive Beachcombing Project”