Just When I Thought I Was Done! 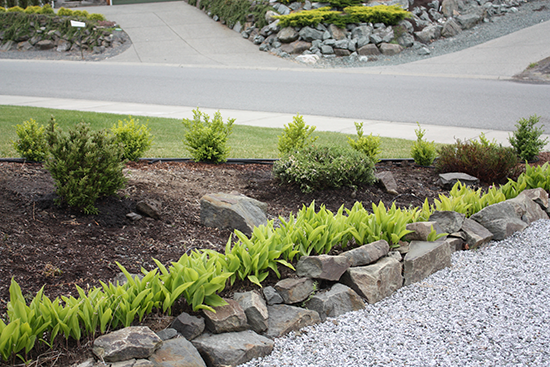 I know you’re all keen to move on from the photo journey of what we’ve done outside. And I get it. Trust me, I do!

But I had to share my ‘just when I thought I was done’ moment with you.

See this beautiful home and its equally beautiful landscaping? 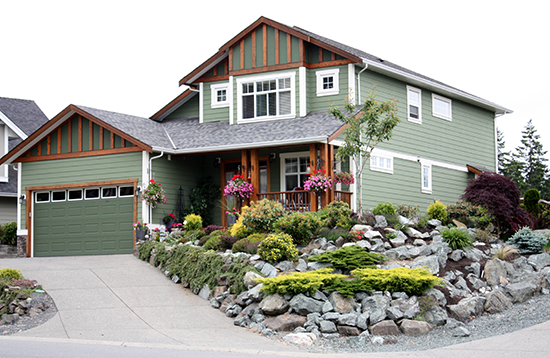 Well, this belongs to my neighbour.

And today he removed a bunch of his Heather shrubs. Do you know where I’m going with this?

That’s right, he offered them to me! All five of them!

And though this spot is pretty much solid rock, here’s where I was determined they would go. 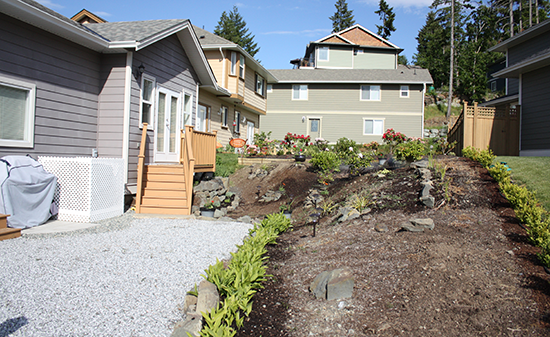 I wanted to fill in the bare area you see, so there was a little more green.

So I took on the braun of the rock underneath, and outbrauned it enough to the dig holes.

And got all five in place. Well, hubs put the front one in for me! 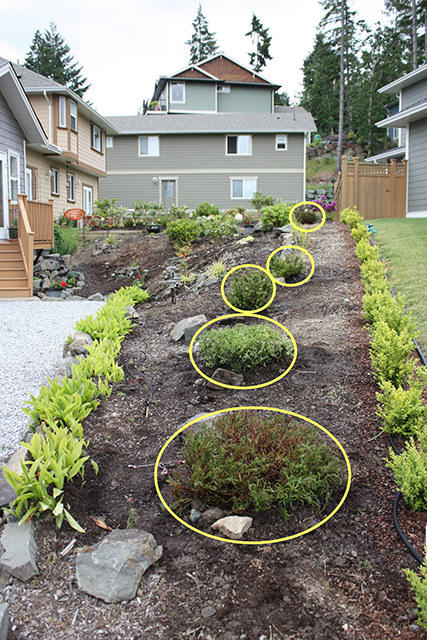 The holes were just barely deep enough, but will do.

Here’s a little side view.

Can you see the dirt mounded up around them?

So what do you think? 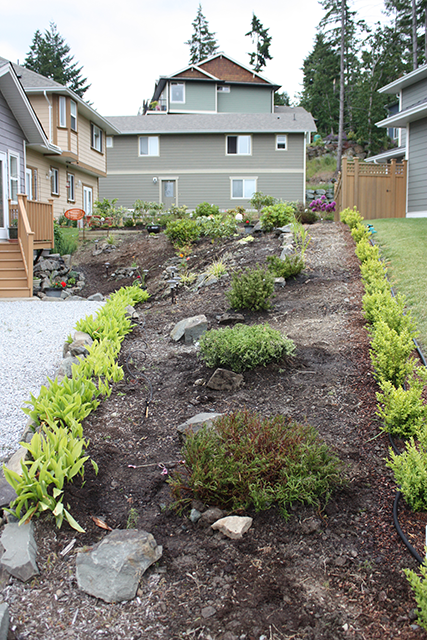 Did I do the right thing by accepting my neighbour’s generous offer?

Do you remember how this yard looked when we moved in? If not, you can see a ‘before’ of it here.

What would you do?

All of our neighbours have been super encouraging and helpful. In fact, it was another of our neighbours who suggested we might be interested in this Heather. I thought that was pretty cool. And then another offered to use his truck if we wanted to get a load of bark mulch. In today’s world, being treated neighbourly like this is pretty awesome.

I’M SO GLAD YOU STOPPED BY!

Home… a special place that tells your story!

11 thoughts on “Just When I Thought I Was Done!”