Some of you might remember this pair of vintage silver goblets I featured over at Audrey Would! A beautiful boxed set nestled in turquoise satin by silversmiths, Burke and Wallace.

Today it is my privilege and honour to share a little history about Mr. J. Donald Burke, written and provided to me by Mr. Burke’s daughter, Shirley Imbeau.

But first, do you recognize this 36″ high, 35 pound silver goblet in the hands of J. Donald Burke? Yes, the Stanley Cup is very much a part of Mr. Burke’s story! 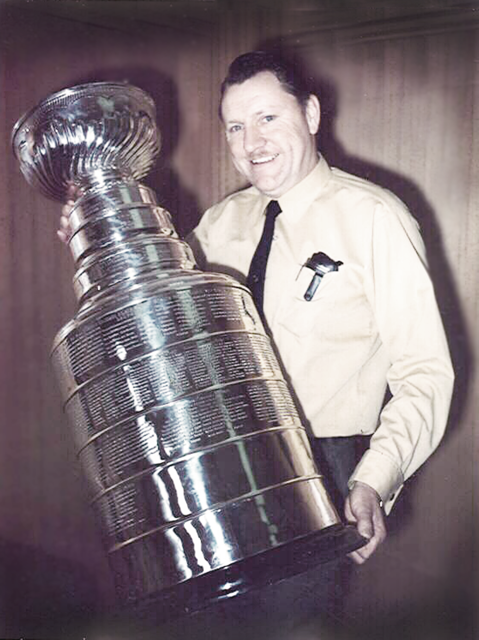 A glimpse into the life of J. Donald Burke as written and shared by daughter, Shirley Imbeau:

J. Donald Burke  was born in a small town, Trenton, Ontario, Canada in 1922.  His father died when he was twelve and being the oldest son in a family of 5 children, he left school with a 7th grade education, and started working to support the family at a silver manufacturing plant, Benedict Proctor and Sons. He started in the cleaning department, and learned to love and understand the silver business.

He had mastoid surgery in 1942 and completely lost his hearing in one ear so was unable to fight in the war, but moved to Toronto and set up a silver repair business.  He was able to get financing from Mr. Wallace (unrelated to Wallace Sterling) and Burke and Wallace became a silver manufacturing company in Toronto.  With amazing people skills, a gift he has always used for God, and with what my mother always referred to as ‘know how’, he grew the business until it was the largest in Canada until he sold it in 1986 and it was subsequently and very sadly closed down.

He made silver under many trademarks; I still don’t recognize them all!  For many years he repaired the Stanley Cup, added rings, and made individual cups for the players of the winning teams.  In 1963 it was decided that the cup was becoming too brittle to be enjoyed by the winning teams and he made an exact replica. On Nov 4, 2014, the Keepers of the Cup, Phil Pritchard and Craig Campbell brought the cup for a special visit to the retirement home where my father now lives. 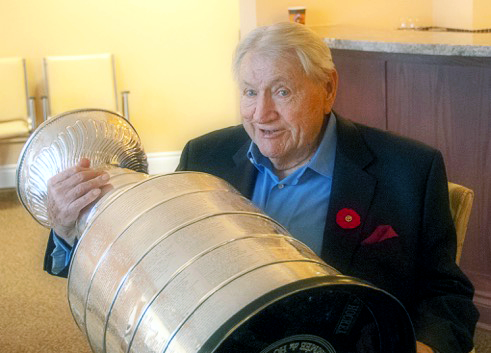 Such a privileged glimpse into an amazing man’s story! I’m sad too, that Burke & Wallace no longer exists, and am grateful to have come across these goblets, grateful for what transpired next. 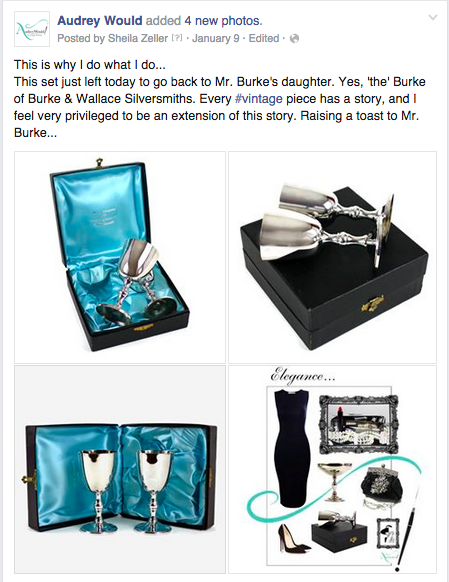 Wouldn’t you agree, this is a truly beautiful goblet set?

And now, here is where the goblets have ended up…

We are so delighted to have the wine goblets, and my son Andrew who adores his grandfather and found them on your website, is now the proud owner.

I have always believed it’s in the stories where each piece comes to life, and these goblets definitely have a life! They have certainly travelled a journey to find their way home.
Thank you Shirley, for taking the time to share a little of your father’s story!

Photographs by Sheila Zeller unless otherwise indicated. Please link and credit if you choose to use. As a courtesy, please do not republish the images of Mr. J. Donald Burke without the consent of Shirley Imbeau.