Party Punch. What’s So Special About That?

As the weather warms and the heart of wedding season looms there’s one constant connector between the two. And that’s the appearance of punch at the party! Now we all know there’s a range in punch from the non-alcohol to the spiked imbibing with a kick!

We think this Art Deco punch bowl and these vintage coupes from Audrey Would! are the perfect party punch mix! 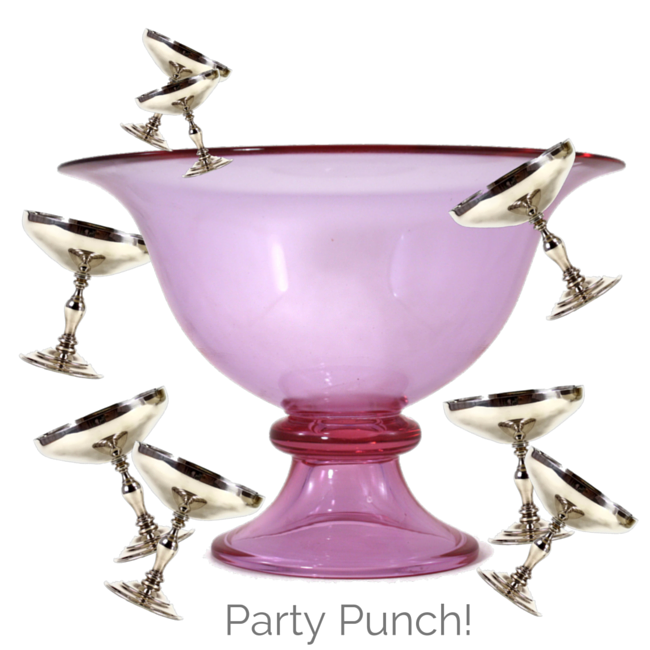 But did you know…

Punch pre-dates the cocktail? Why yes, it’s true! And in fact it’s so true that it goes back three centuries prior to the cocktail debut! Punch was first created in the 16th Century by British Soldiers stationed in India, while the first evidence of a cocktail albeit sans alcohol made its entrance in the early 19th Century. Who knew?

What’s so special about punch? I mean, we all grew up with it and have seen it at different occasions and gatherings, and with almost any combination of ingredients you can imagine.

This vintage Indiana Glass punch set from Audrey Would! has lived through one or two!

Well… here’s what’s really going on in that bowl.

Punch (and I am now referring to spiked punch) is all about communal drinking and fun! It’s about sharing the same drink with your friends, and if you’re the host it’s like a one-stop-shop. You basically mix one drink large enough to hydrate more than just a few, and then you get to join the party too!

This special edition punch set from Audrey Would! has got that all squared away. It comes with 16 cups! 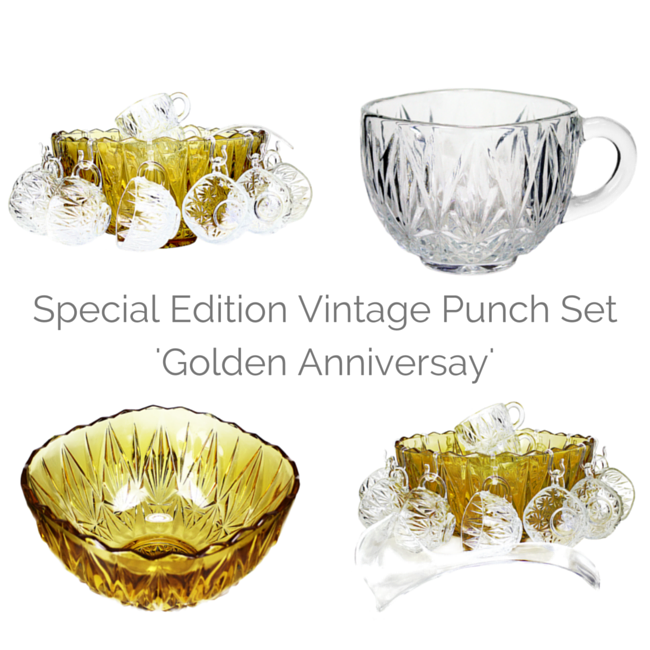 So what’s really going on in that bowl?

Punch is more than just pouring a bunch of ingredients into a bowl and giving it a stir. In fact, that’s exactly what not to do! Here are the classic punch take-aways for the ‘right’ things to do.

To wrap all this up, we recommend you try Death & Co’s recipe for classic Mother’s Ruin Punch. The name says it all, doesn’t it?

Cheers to fun with friends! Do you have any punch tips, vintage bowls or recipes to share?

Photographs by Sheila Zeller for Audrey Would. Please link and credit if you choose to use!

11 thoughts on “Party Punch. What’s So Special About That?”