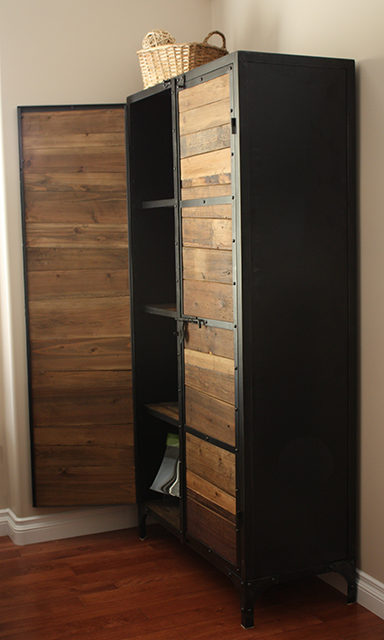 This weekend it was love at first sight! And totally unexpected!

On a fun trip to Victoria we stopped in at ReStore to see what they had on hand… From there we decided to check out the new Home Sense. Little did we know we would see a piece like this when we walked through the door… 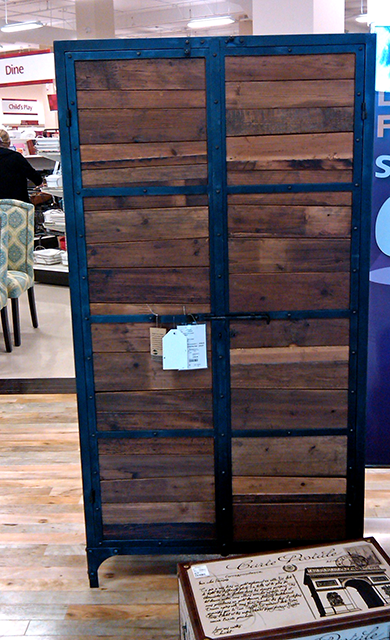 It was made of reclaimed wood and recycled materials… 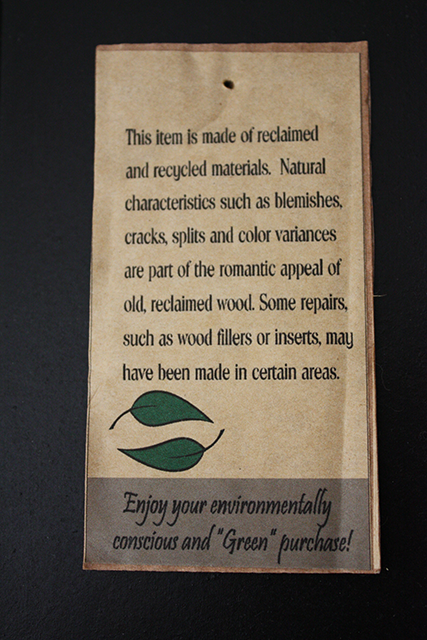 …and if you’ve been reading my blog for a while you’ll know that’s a sweet spot for me! But sweet spot or not, this was completely off the budget charts! 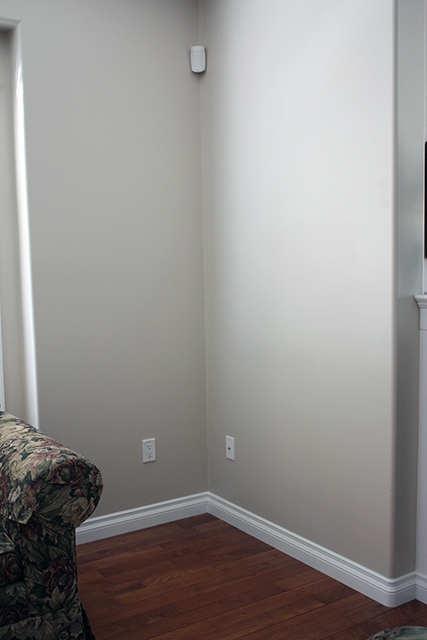 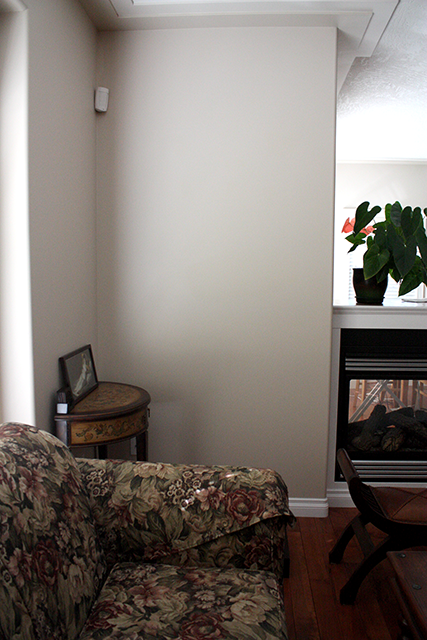 But my secret wish was for a set of shelves made from reclaimed railway ties (like the ones I wrote about here).

So you can imagine the love-at-first-sight feeling I had when I saw this cabinet! And then the thud that quickly followed knowing it was going to end up being just a crush 🙁 So I got hubby to take a picture for me… at least we could have that! And for some reason I took the measurements, why I don’t know… I guess because I always carry my tape measure so I figured why not. Even though this piece would be way too involved for a DIY for us!

And later that evening, while enjoying a pitcher of Labour Day weekend sangria… 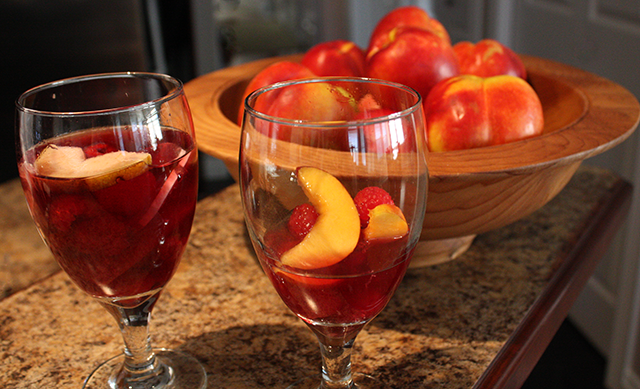 …we looked at the pictures and talked about how much we loved that piece. So for kicks I measured the big, bare space that was crying out for some character. And it was perfect. Somehow I knew it would be all along, but I secretly hoped it would be too small or something wouldn’t be right. That way I could get over my crush a little easier and move on.

But we have an anniversary coming up! And with the sangria one thing kind of lead to another, and before too long we were measuring my SUV to see if the cabinet would fit. We had to measure a few different angles because it would seriously be a touch-and-go squeeze… but from our measurements, it looked like it would juuust fit!

So I think you know where I’m going with this! Yah, the next day Kaleigh and I made a road trip. I’m so glad Kaleigh came with me, because to fit the cabinet into the back, seats folded down, headrests removed, etc. was an eeek-squeak fit! And hubby is just way too tall. There wouldn’t be any room for his legs! Without Kaleigh I would’ve had to make this trip solo, and how much fun is that? 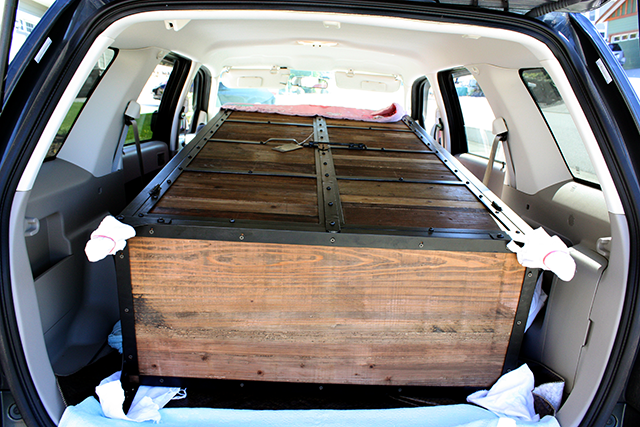 I was sitting a little closer than usual, had to tilt my steering wheel up for more leg room, and we were off… back over the Malahat!

Once we got home, unloading was another feat! This piece is HEAVY! Did I mention I was feeling the effects of the sangria from the night before? 😉 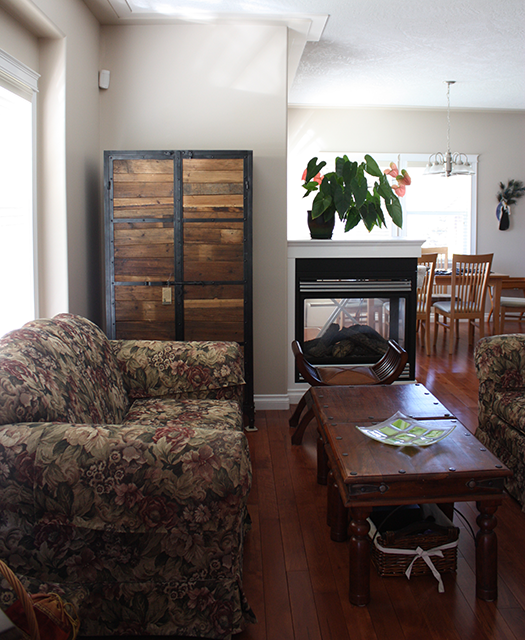 But here we are, my crush still resting on the furniture sliders, but safely in place!

Here’s one more look at the ‘before’ of this space. 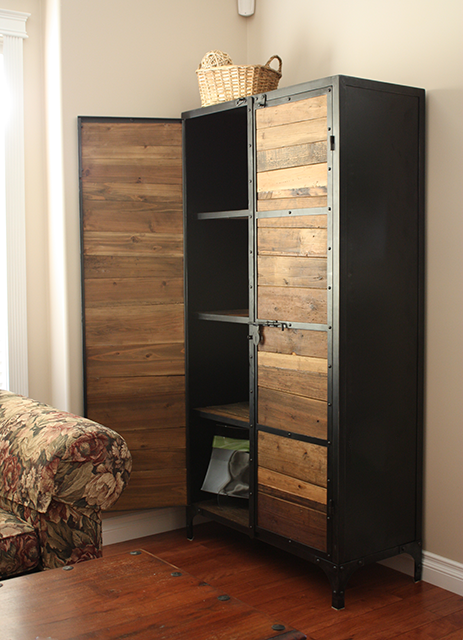 We’ve decided to keep the left door open. We still have to put together vignettes on the shelves, but for now the space has been given some TLC. And I love the way this cabinet pulls together some of our other pieces… 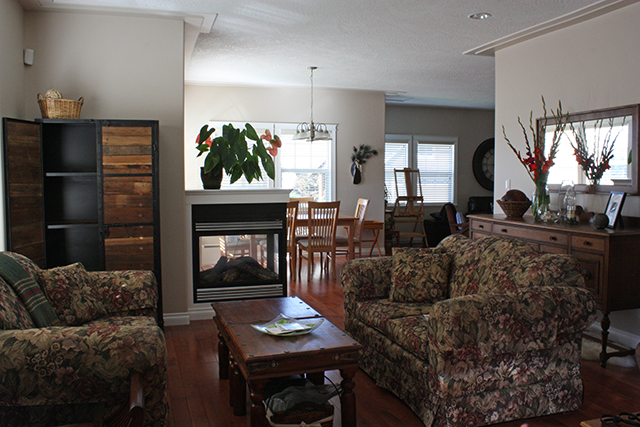 Like the steam punk clock you see in the far right background and the antique buffet to the right. It’s coming together, one piece at a time. Oh if only Rome was built in a day!

This is definitely happy anniversary to us 🙂

But this wouldn’t have been as possible without Kaleigh’s help, so thank you Kaleigh for being such an awesome sport!

A Girl’s Best Friend in a Dental Cabinet

Did you enjoy this post? You can find more posts here…  And by subscribing to my RSS Feed you’ll receive each new post without missing a beat!

Did a thought come to mind? Comments are always appreciated and I read them all. I’d love to hear from you… please, don’t be shy!