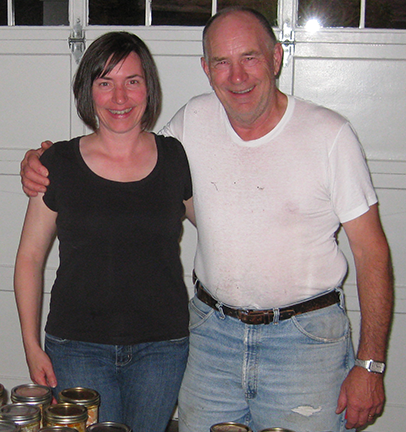 Yesterday was Father’s Day and for me it’s a day I love to celebrate my Dad. He’s the best. My Dad is always there when I need him, sometimes when I don’t 😉 He has a listening ear, lending hands, and eyes that observe… trust me, they never miss much! My Dad is generous with his knowledge, sharing of his time, and giving of himself. He has his opinions, oh yes he does! But what are Dad’s for?

These are some of my first tools. Dad gave them to me when I first left home! He went through his own and picked out a few of his doubles that he knew would be enough to get me started. He gave me a hammer too, but I forgot to include it here. Oh, did I mention my Dad’s name is Stan? Love the Stanley tape measure! 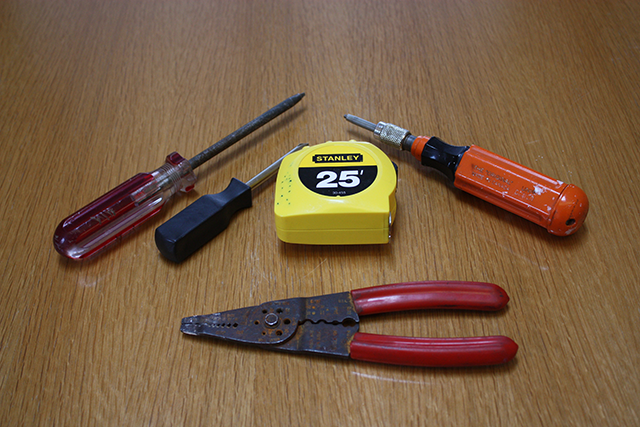 And now with our upcoming move, we have minor repairs to make where we’ve hung artwork on the walls and put temporary shelving up (Dad helped put the shelving up, and I wrote about it here). 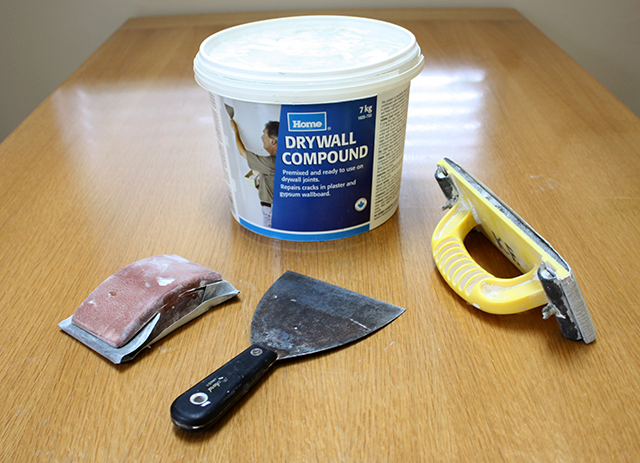 Dad brought over his bucket of drywall compound and tools for the job. I do have a putty knife and a little container of Spackle, you know the smallest size you can buy, and was pretty proud of that. Seriously, who uses this much drywall compound? But once I got going, I was so glad I had this! Naturally, Dad inspected my job and then in true form did the second fill and later, the sanding! See what I mean… he’s awesome.

And since we’re moving I want to take the Sweet Pea trellis with us that Dad made. But it’s a bit weathered, so decided I wanted to paint it first.

Guess what Dad had? 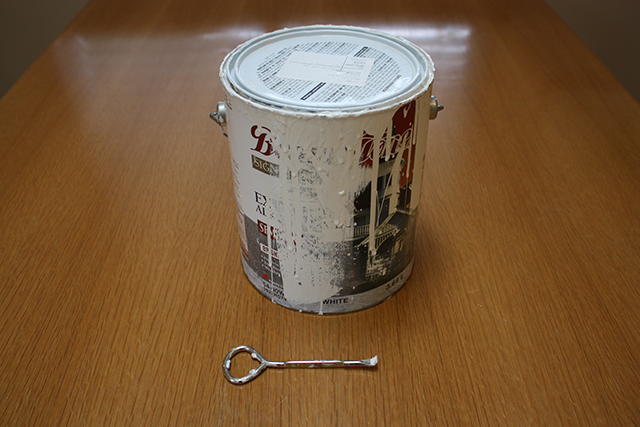 You guessed it. A can of exterior paint with just enough to do the job. And he even sent over the paint can opener to pry the lid off! 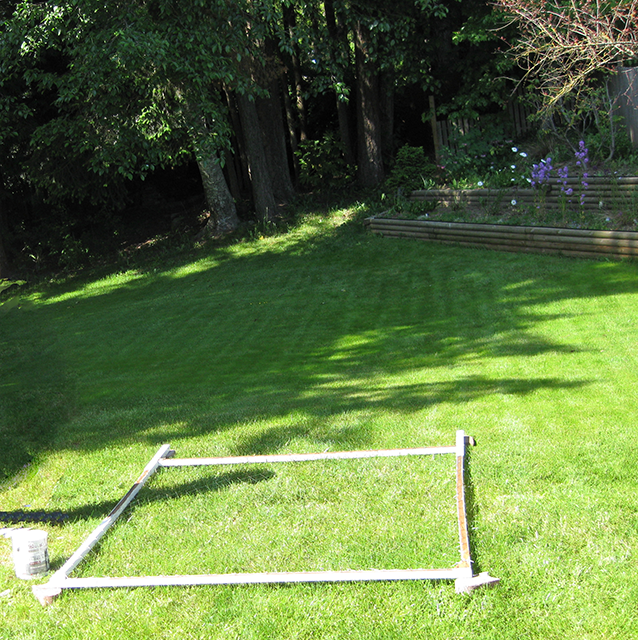 I couldn’t find a picture of the trellis in place, and it was already down before I even thought about taking one. Oh well, maybe at the new place.

Dad helped me move our stuff from the storage unit. 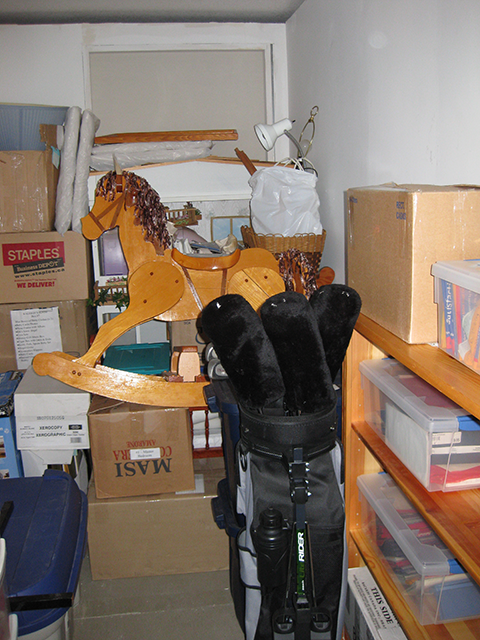 See the rocking horse? He made that for my daughter, Kaleigh’s first Christmas. She’s 16 now! We have quite a few things in our home that Dad made. 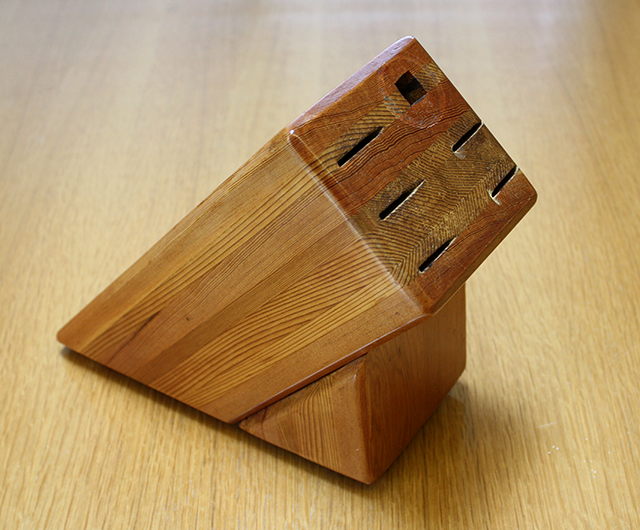 I mentioned once that I wanted one, and he just showed up out of the blue with this. He made it out of cedar that he laminated together. Can you believe this knife block is 21 years old! 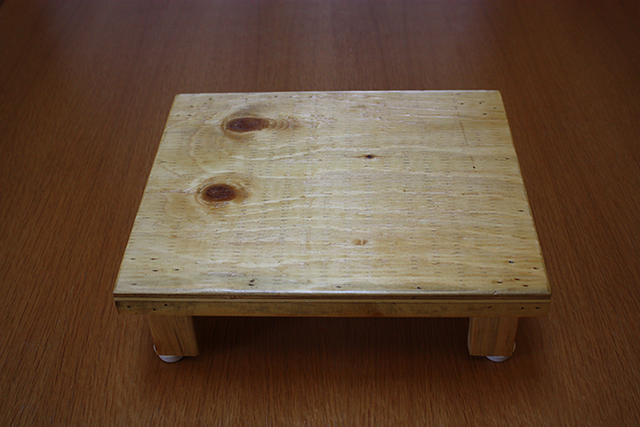 He put this one together with some scrap wood and had it back in a few hours. I added the rubber feet as a temporary fix so it wouldn’t slide around. I also told Dad I was going to cover it, but so far it’s a project that’s pending 😉

Yesterday we moved the TV console table to the new house. So we needed something for the TV to sit on until we’re fully moved out. 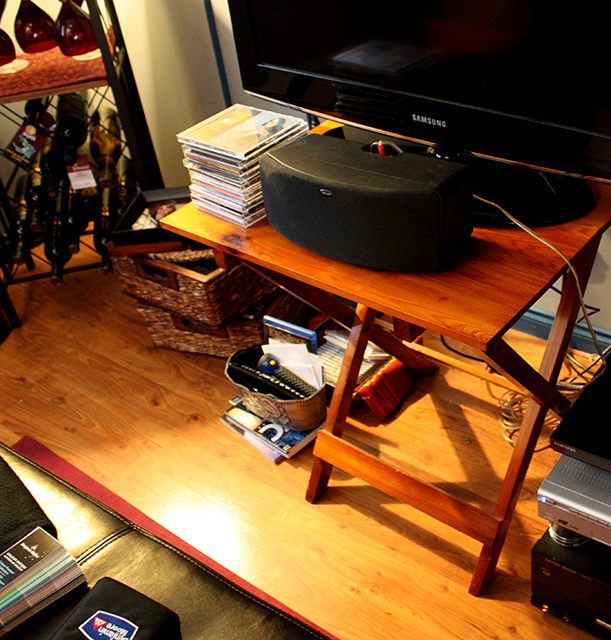 This is a fold-up TV table from a set of four Dad made for me years ago. Do you remember TV tables? Side note, all the stuff on the floor belongs in the console we just moved!

I’ve made a list of all the furniture we have to move. As the pieces go that I can transport in my SUV, they get crossed off the list. And for the rest we will be getting a small moving truck, which Dad will be packing as the guys load the furniture into the truck. So… Dad wants measurements of everything for the moving truck! 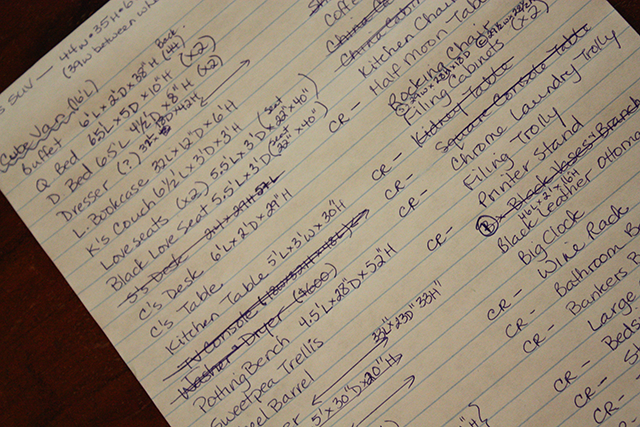 Dad came for Father’s Day dinner, and this is what my list looks like now! Guess what Dad and I were doing before dinner… can you see the measurements beside the items?

Oh, and this is the house Dad helped me build 14 years ago on the Queen Charlotte Islands (Haida Gwaii). 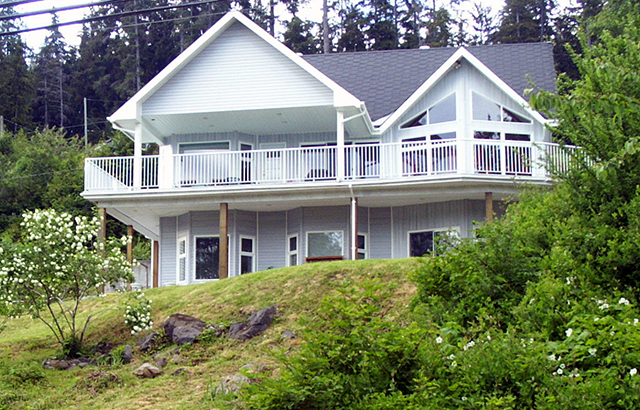 It was sold when we relocated to Vancouver Island. Guess who was in charge of packing the moving van for that move? And it was a semi, not a small van!

Want to meet my Dad?

He hates posing for the camera, but it was his birthday so he had to say cheese 🙂

Thanks Dad for everything you do. You’re awesome, and I love you.

Take Your Coat Off and Stay A While

Function as a Feature

A Labour of Love in Colour

Did you enjoy this post? Click here to read more. Don’t want to miss a post? Be sure to subscribe to my RSS Feed on the sidebar. I’m also on Facebook , Twitter, and LinkedIn. Would love to see you there! And please leave a comment to let me know your thoughts… I always read them, and it’s nice to know what you think!

4 thoughts on “Thanks Dad!”