If you’re a Mid-Century Modern buff, or follow iconic designers, then visionary designer Verner Panton will be a well-known name to you. I bet you’re familiar with his famous Panton chair from 1967. And that’s just one of his many cutting edge chair designs.

But that’s not what I’m writing about today. No, instead I decided that with all the DIY faux capiz shell chandeliers out there, mine included from the Winter Pinterest Challenge, it was time to mention the originator of its influence, Verner Panton and his ‘Fun Lamp’ series.

In this photo you see Panton textiles on the wall and floor, Panton chairs, and the 4DM chandelier from the ‘Fun Lamp’ series.

The first prototype in the fun lamp series was designed in 1964, but did you know it was actually made with silver foil discs? And the discs were all cut out by hand by Panton’s wife, Marianne (I can relate to that with my own project!)

Panton approached lighting manufacturer J. Lüber AG in Switzerland with his prototype, and it was well received… except for the foil discs. So the foil discs were traded out for metal ones, aluminum to be specific, but… this was just a phase of the design. 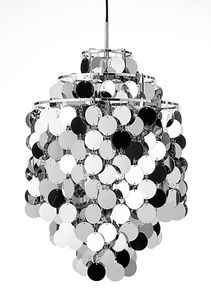 Panton was inspired to work with raw materials. As VerPan puts it, the impetus for the next phase of the work was classic Panton inspiration:

Since large sea shells coated on the inside with mother-of-pearl were plentiful by the millions in the Tropics, Panton was on his way. The only caveat being ‘if’ the shells could be sold in Europe.

And that’s when mother-of-pearl shells were introduced, and the ‘Fun’ shell series was born. 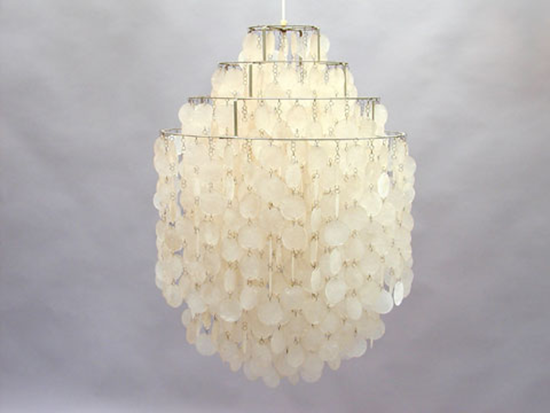 You’ll notice Panton’s ‘Fun’ shell series are referred to as mother-of-pearl rather than capiz shell, and that’s because he got his shells from various developing countries in the Tropics. Capiz shells come from, and are specifically named after the Province of Capiz in the Philippines.

This is a close-up of an actual Capiz shell. 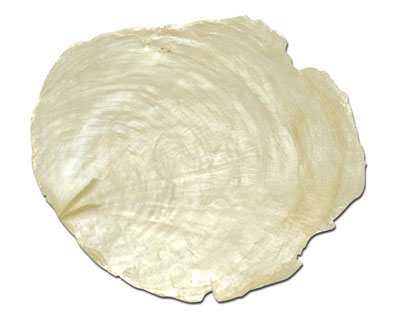 Though the aluminum disc Fun lamps went into production, Panton was especially drawn to the warmth and the glow of the light that shone through the shells, and the more delicate sound they made in the breeze. This affection seems evident in how he expanded the Fun shell series compared to the metal series.

Here’s a look Panton’s ‘Fun’ series: A for aluminum, M for mother-of-pearl, and T for table lamp… I never could figure out for sure what the D stands for. Do you know? I guessed ‘disc’, but it’s not consistently used if that’s the case. Hmmm… 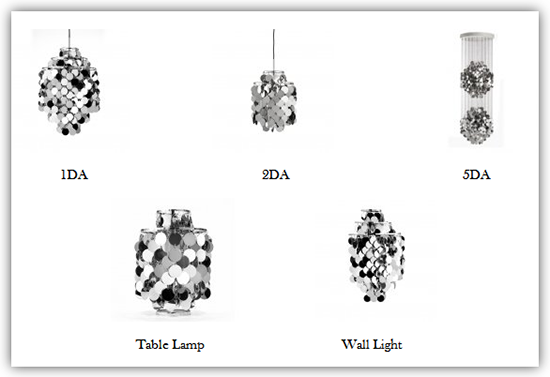 This is the Fun Mother-of-Pearl collection, and the most common design. 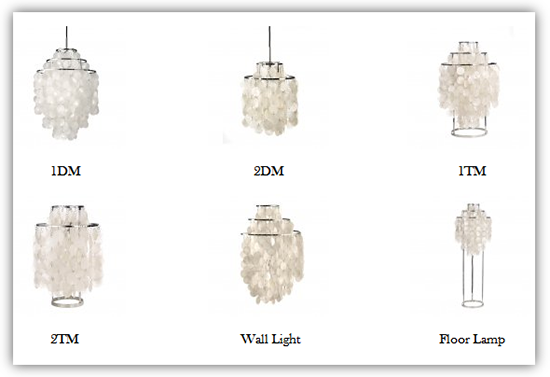 And this is the Fun Mother-of-Pearl collection, stunningly designed. 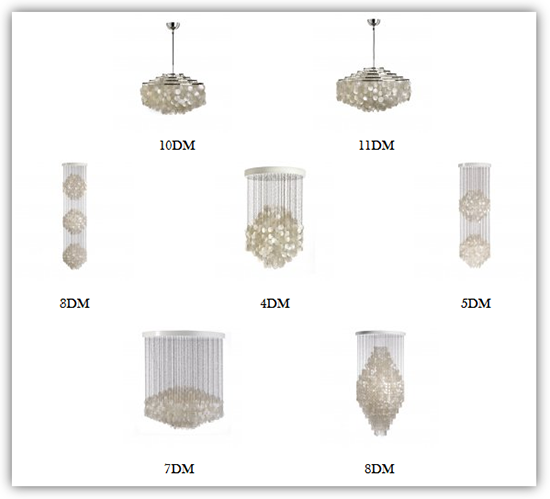 And for a little perspective… 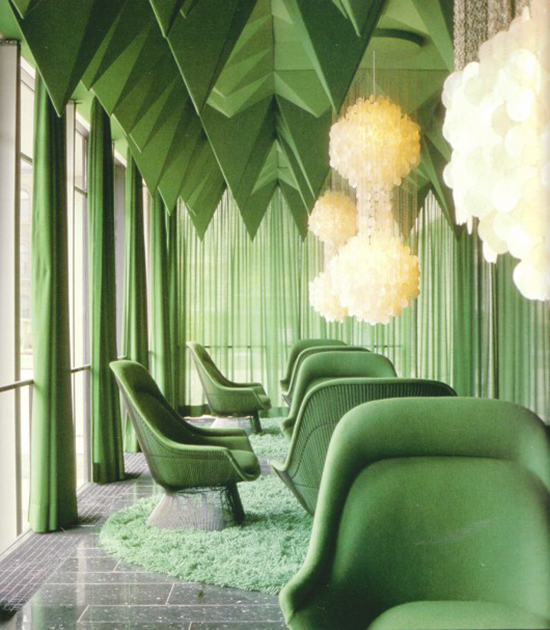 Here’s a modified version of the Panton 5DM chandelier. See the shells in the middle? That’s what’s different along with the way the top of the fixture is put together and mounts to the ceiling.

I can see why Panton was drawn to the warm glow of the light through the shells.

In 1998 Panton was invited to design the Verner Panton: Light and Colour Exhibition in Denmark… 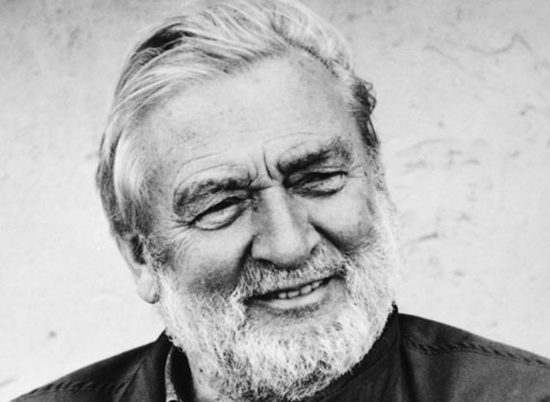 And this proved to be his last design project.

Sadly Verner Panton died 12 days before it opened… a visionary designer leaving an incredible mark on our world.

When I read about design greats like Verner Panton, it makes me pause and reflect on all that has been brought to us. It’s so easy to embrace a DIY project like the faux capiz chandelier, but sometimes it’s worth learning about the roots, too. That’s where the stories begin…

I hope you have a great weekend!

8 Replies to “The ‘Fun’ Series of Verner Panton”