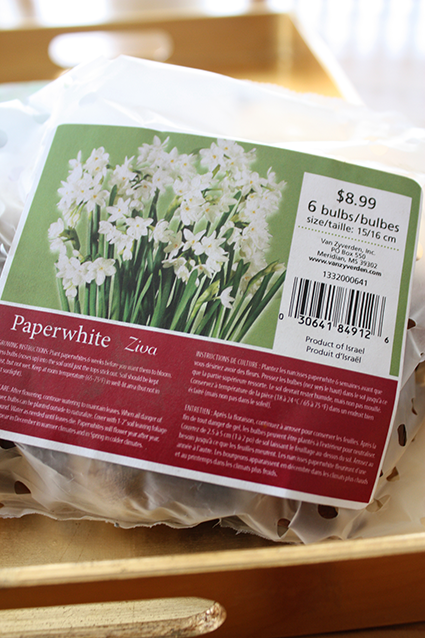 In all the years I’ve been decking out our home for the Holidays, one thing I’ve never tried is Paperwhites! Can you believe that? Last year my friend Meesh from I Dream of Chairs got me thinking about it… but that’s all I did, was ‘think’ about it! So this year after seeing more Paperwhites in the works on different blogs and good ol’ Pinterest, I decided to hop on the PaperwhiteNarcissus bus!

I picked up my bulbs at Home Depot.

And then headed off on a thrifting expedition for a great pot to put them in!

Here, they’re in my new gold lacquered tray from Pier 1! A big thank you to Nicole from Nicole Scott Designs for the heads up on where to buy the tray!

For my Paperwhites’ pot I had a tarnished silver ‘something’ in mind, but in my hunt I discovered very few options. I thought about buying a stainless pot and DIYing it to look tarnished, but even that idea was easier thought up than executed!

So I picked up this brass urn instead. It had a few scuff marks, and some buildup of who knows what. 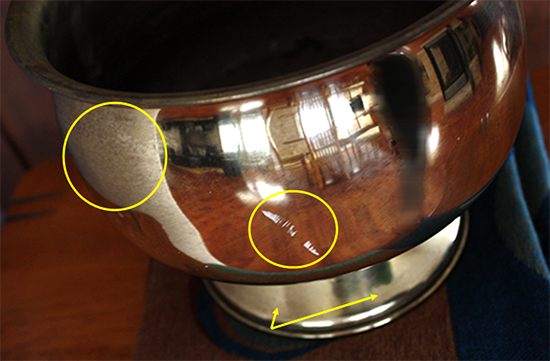 I thought about painting it, but decided to give it a scrub with Barkeepers Friend. 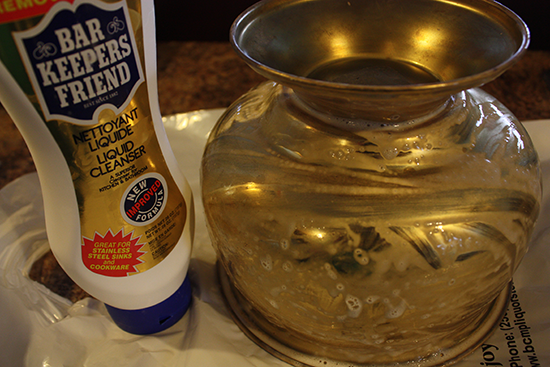 I ended up resorting to toxic Brasso, because the grime wasn’t giving in without a fight. I thought about trying Ketchup, or a Ketchup and Vinegar paste, but I’ve only read about that remedy – have you ever tried it? Did it work???

Even with the Brasso, I still had to use a lot of elbow grease! But finally the little urn came clean 🙂 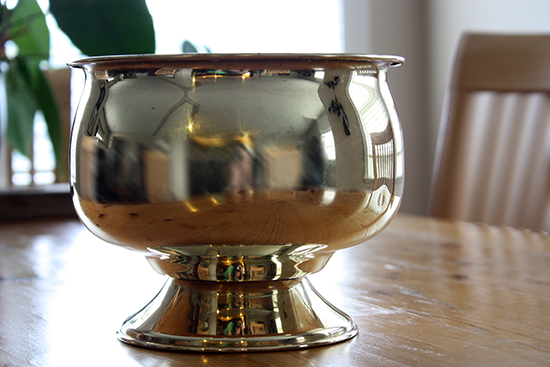 Is it just me, or do you have a hard time photographing shiny brass, too? Honestly, it’s like taking a photograph of a mirror!

Anyway, onto planting up the Paperwhites…

At first I was going to put a pot inside the urn, but decided to build up a bit of drainage and just put the dirt right in instead. I cut a small container down to size and set it into the very bottom of the urn. Then I filled the bottom with little rocks from the Dollar Store. 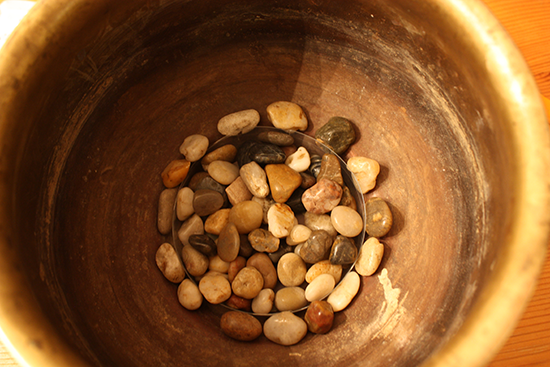 I cut the bottom out of a plastic plant pot, and set it upside-down over the rocks. I thought this would help the drainage by keeping the dirt up off the rocks a little bit. 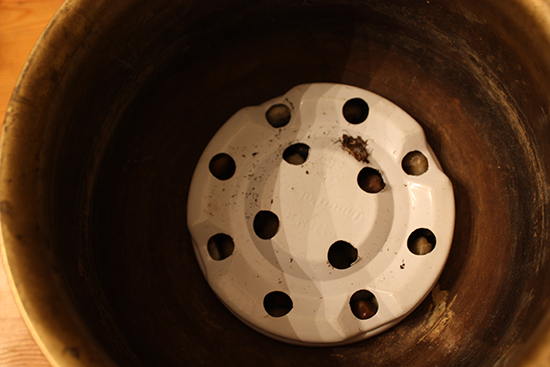 Remember my Grunge One & Two pumpkins? Well, I reused some of the dirt from them, and just topped it up. 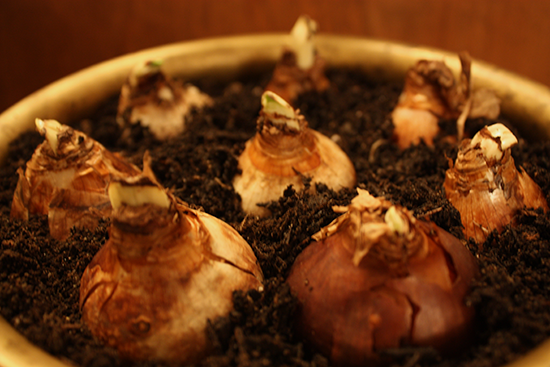 I wasn’t sure how deep to plant the bulbs because of my drainage experiment, so just went by different images I’ve seen. How deep do you plant your Paperwhites? Do you think I should add a bit more dirt, or will my bulbs become too moist?

Next, according to Pam’s tutorial from Simple Details, I watered with luke warm water, and placed the urn in this dark cupboard… 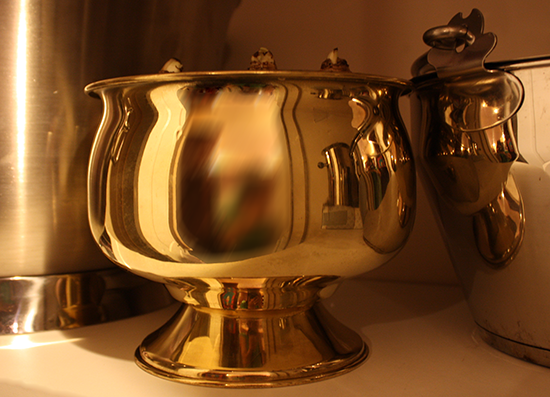 Where it shall stay for about a week, until the bulbs begin to shoot. They are going to shoot, right?

I thought about trying the rocks and water in a clear container method for growing Paperwhites, but decided to save that for another time. Or… I might try that with an Amaryllis instead!

I would like to give Shauna from Satori Design for Living a special shout out for her Holiday countdown series. Without it I might not have realized it was time to stop ‘thinking’ about Paperwhites, and actually start ‘growing’ them if was going to give them a try this year! If you need a little prodding to stay organized coming into the Holidays this year, pop on over to Shauna’s blog. I bet there’s something in her series that will land on your ‘to do before it’s too late’ list!

Do you grow Paperwhites for the Holidays? How about Amaryllis? What are your tips and tricks for success? ‘Cause we all know, the jury’s out on my success for the time being!

Thanks for stopping by! 🙂

14 thoughts on “Thrifting to Paperwhites”