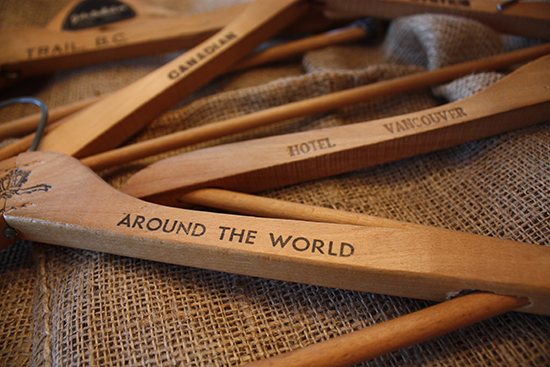 This time I came across a whole collection of vintage wooden hangers, some marked, and some designed without a name! 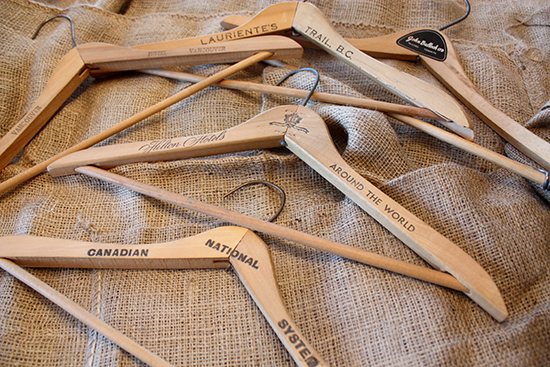 I thought it would be fun to peek inside a few historical closets, and get a glimpse of what these hangers might have seen. 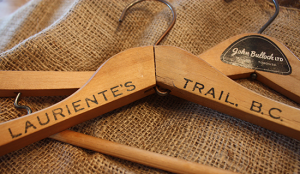 My Dad was born in Trail, so let’s start here! 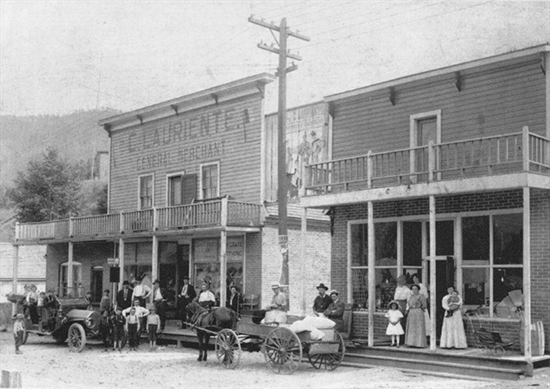 Lauriente’s general merchant store (building to the left) was built in 1904 by Camille Lauriente, an Italian immigrant who arrived in Trail at the turn of the century. Lauriente’s clothing store is said to be the first brick building built in the Trail area.

These front steps were made of marble tile, and constructed as steadfast as the business itself, which was in operation for 70 years! No wonder a Lauriente hanger still remains! The Laurientes were a large family, and a colourful piece of Trail’s history. You will find the Lauriente name weaving through the Kootenay area still today. 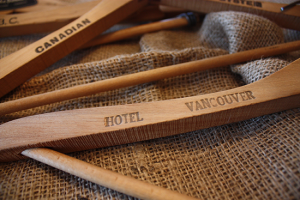 Did you know there were two Hotel Vancouver’s prior to the one that stands today? 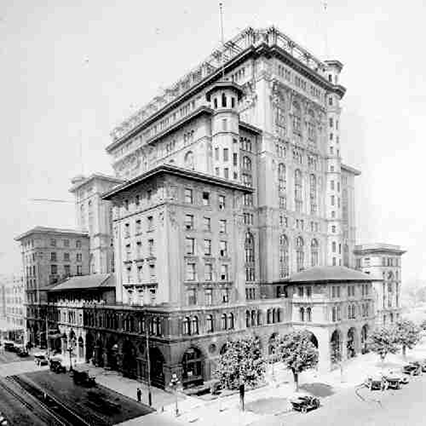 Yes, the predecessors were located a block away from where the Hotel Vancouver now sits. The building you see here was the second hotel, and was built in 1916 by the Canadian Pacific Railway (CPR). It became a troop barracks during World War II, but was demolished in 1949 under the ownership of the Canadian National Railway (CNR). Construction of the new hotel was halted for many years as a result of the Depression, but in 1937 was finally completed and opened its doors in 1939 becoming an icon in the city with its dramatic Chateau roof. 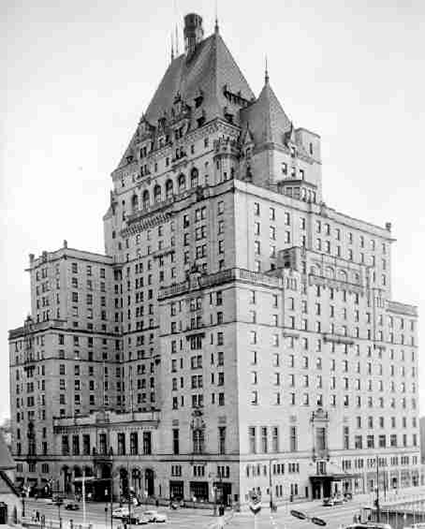 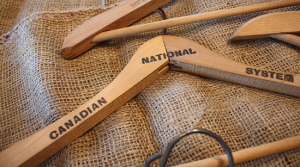 Given the enormity of the Canadian railway system in our history, I was thrilled to find a connection in the hanger collection. Do you think this hanger might trace back to here… 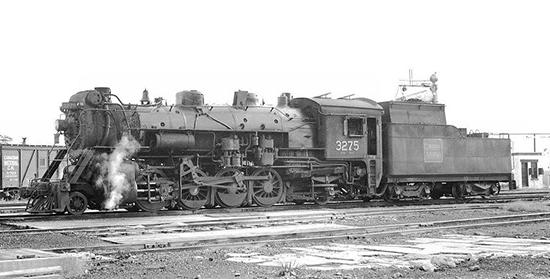 Or do you think it’s more likely to have traveled here?

Regardless of when or where this vintage wooden hanger hung a coat, it’s safe to say it played a role in time for what has become a rich piece of our Canadian tapestry. 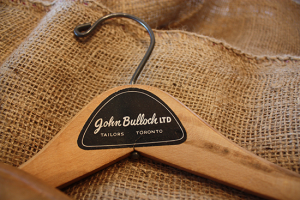 John Bulloch, an Irish immigrant to Canada, formed his business, Bulloch Tailors, in the Depression era, and was known for ‘CASH only’ sales, no credit, no trade! 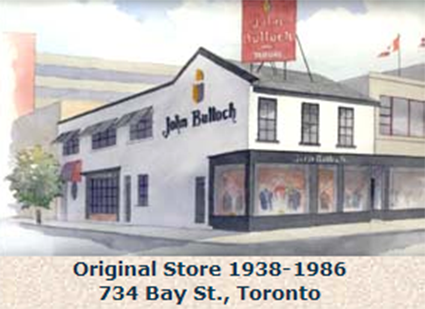 Bulloch was also known for his outrageous ads, often offending special interest groups by the tone and message of his adverts. In fact, according to his son Peter Bulloch, editorial advertising is credited to John Bulloch!

Bulloch Tailors specializes in custom made suits for men, and in their words, ‘Custom Tailors to Gentlemen’. Read more here. 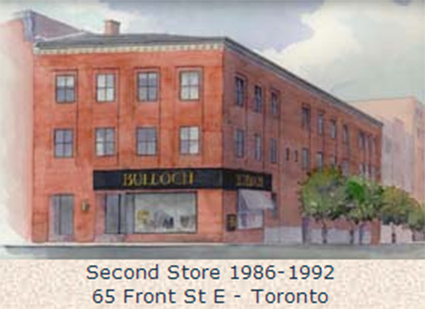 HILTON HOTELS, hotels ‘Around the World’ 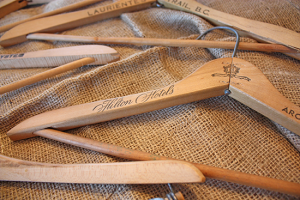 Well now. A Hilton hanger. And we all know Hilton stands for, ‘Hotels around the World’! Who knew a Hilton hanger would show up in the mix?

Back in 1925 Conrad Hilton opened the high-rise Dallas Hilton, the first hotel to carry the Hilton name. 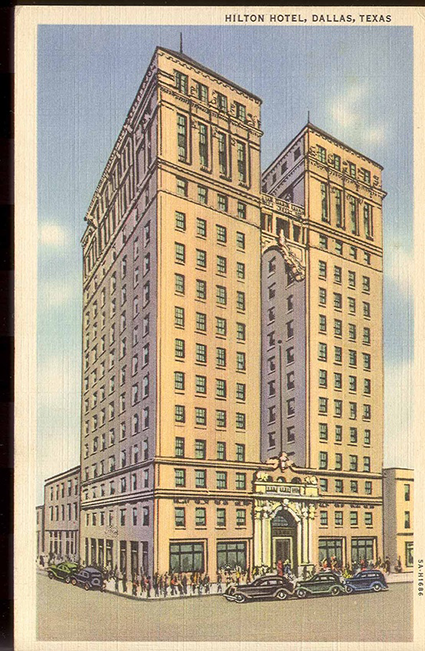 What’s so interesting about this particular building is, since air conditioning hadn’t yet been invented, the building was designed so that no guest rooms faced the western sun. Instead, the elevators, laundry chutes, airshafts, and other non-customer facilities were placed on that side of the building. Conrad Hilton Sr. didn’t miss a beat, and if you watched Mad Men, you will see his son, Conrad Hilton Jr.’s character portrayed in a way that shows the Hilton legacy didn’t get there by chance!

I hope you enjoyed my take on how thrifting can turn a moment in time into a piece of history, and in this case, a hanger to hang it on!

It’s all about the stories, wouldn’t you agree?

Thank you for stopping by!